As we strive to grow in establishing and maintaining healthy relationships, we look for those elements that appear to be a part of every good relationship and seem to be lacking in those that are not successful. One thing good relationships tend to be established on is respect.
Definition of respect: “Deep admiration for someone or something elicited by their abilities, qualities, or achievements.”
Example of respect: “The director had a lot of respect for Douglas as an actor.”

A response to someone that is based on feelings is something we really cannot choose. We like or dislike someone based on a variety of subjective emotionally based responses. Respect for another person is something we can offer as a part of whatever relationship we have entered into. The respect can be based on a commitment to a shared set of values, an agreement to work toward a shared goal, or something else that is mutually valued and gives a common purpose to whatever prompted the people involved to enter the relationship in the first place. 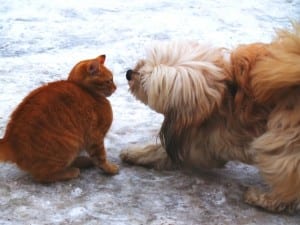 Respect can keep a relationship going in the midst of obstacles. We can have respect for someone we disagree with as long as the disagreement does not violate our core values. Respect can also allow people of widely different abilities and experience levels to work together. I am not a detail oriented person. I respect and admire the abilities of detail oriented people, even beyond my limited understanding of how that ability works. I enjoy working on projects with detail oriented people as long as my lack of detail orientation does not limit the value someone sees in my contribution to the project and to the relationship.

It is possible to be in a meaningful relationship with someone who holds different beliefs in certain areas as long as the person’s values, their core beliefs are not in direct conflict with your own. Offering respect in a situation like this gives both people the opportunity to learn and explore new and different ideas.

Think about one or two of your “best” relationships. Are they based on respect? Are you part of any relationships that could be improved if respect was a bigger part of them? What is one simple thing you can do to show more respect in just one of your relationships? Have fun trying it out.