We are confronted with limits every day and in every area of life. Some are so obvious we deal with them automatically. When we get into our car, the first thing we do is observe the speed limit. We know the speed limit around our home or work and follow these without thinking. As we drive into more unfamiliar surroundings, we are constantly alert to the signs that tell us how fast we can go in a particular part of the road. We also deal with speed limits imposed in temporary situations such as construction zones or school zones. Some highways have digital signs that can change with differing traffic conditions.

Some limiting situations are based on universally recognized symbols. Have you ever thought how strange it is to stop simply because a light in front of you is red? Of course, some symbols indicating limits are subject to differing interpretations. While we all know a yellow light means caution, I have seen some people who seem to think it means hit the accelerator to rush through the intersection before the light changes.

Some signs and symbols seek to limit behavior. No smoking signs seek to limit a behavior that seemingly has a strong motivation to its adherents. Smoking is a behavior where the effort to limit the practice has changed drastically over time. Not that many years ago airplanes and restaurants as well as many other public places had designated smoking areas. Smoking areas used to be right next to each other, with no real physical barrier. It seemed ridiculous to think that the signs would do anything to limit the smoke from entering a non-smoking area. New limits require smokers to physically remove themselves and the smoke they create from the non-smoking areas.

Limits on the use of electronic devices such as cell phones have risen in direct proportion to the use of these devices in our society. A common factor in these limits is that they are based on principles on which society seems mainly in agreement. Sometimes we live with limits we struggle with. Sometimes we are in relationships, personal or professional, where another person seeks to put limits in place that seem unreasonable. 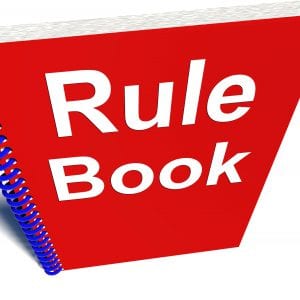 As we move forward, we should constantly be examining the limits in our lives, especially the ones that are imposed and enforced by persons who seem to have little if any regard for the person whose behavior is being limited. It is the mature person who can recognize legitimate limits, such as speed limits and who can also understand and recognize limits which seem to only benefit one person or a small group without regard to the rights or feelings of the person whose behavior is being limited.

As we move forward, let us strive in our lives of others to support legitimate limits and to at least help each other understand any unreasonable limits in their lives. This can be very powerful and very freeing.