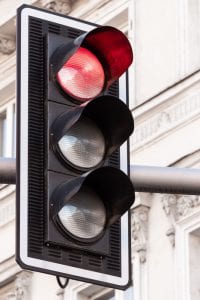 Photo by Paweł Czerwiński on Unsplash

I was sitting on my car the other day when I suddenly realized the incredible power of the color red. I found myself looking at the light with virtually no memory of stopping the car. Suddenly the light before me was green. I realized I was moving again without any conscious awareness of what had happened to cause me to start driving. I spent a few minutes in utter amazement at how effortlessly and without conscious awareness this had all taken place.

I began thinking of how many times I had stopped at a red light, again, most often with out being aware of what was happening. I started thinking about times I was sitting at red lights, trying to recall situations where I actually had some memory of what was going on in front of me. I thought of times when I was stopped a through lane and a green signal appeared in a turn lane. I realized that I often have an involuntary response in those cases to move forward.

I know I am not the only one who has these involuntary responses. I was actually struck from behind while sitting at a red light in a straight through lane. The green turn signal in the left turn lane lighted up, and the driver behind me accelerated, running into me.

This got me to thinking how powerful and how universal the symbols of red, yellow and green have become. All over the world people move ahead on seeing green and instinctively stop on seeing red. There does appear to be some lack of uniformity on the meaning of yellow. Some see it as meaning caution, while a few see it as meaning speed up and barrel through the intersection!

We have a number of very powerful symbols in our lives. These are images that evoke strong emotional responses just by seeing them. These symbols can serve as short cuts to action, allowing us to know what action to take simply by observing the symbol. Some are nearly as universal as red, yellow and green. Some relate to a particular place or event. For many Americans, the flag serves to call forth very strong emotional responses and even action on our part.

There are places and monuments that can have the same effect and call forth immediate responses. It is the goal of advertisers to create brands that have this effect. 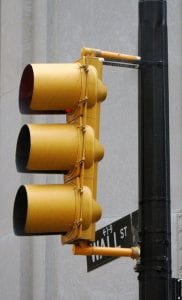 As we move forward, it might be helpful to start with red, yellow and green and examine some of the symbols in our lives that call us to action every time, with the consistency of the traffic light. It can also be helpful for us to develop an understanding of the symbols that seem to have great meaning for others.

Think about these things the next time you suddenly realize you are stopped at a small circle of glowing red. What do your thoughts at that moment tell you about yourself?