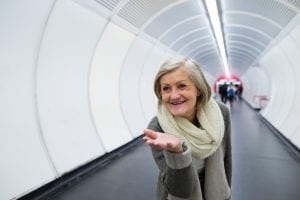 Think about someone that has left you. That individual could be any of numerous possibilities. It could be a childhood friend whose family moved away. Maybe it was an older brother or sister who left for college or to get married. Ever more common in our society is a person leaving as the result of separation or divorce. On an even sadder note it could be someone who left due to serious illness or death. Whatever the reason, think about what the loss following the person was like. In the situations mentioned above, it is to be expected that the loss would result in feelings of loss, sadness or even anger and fear.

As we get older, the frequency of people leaving seems to increase. Changing settings like playing with friends in your neighborhood to entering preschool or kindergarten can result in the effect of having many people leave. With the progression through school, changing makeup of classes results in people leaving. This can further be aggravated in the progress from elementary school to junior high and high school. The phenomenon of people leaving in these situations may not be as final or unchangeable as some of the earlier examples, but changing interests due to maturing can make the feeling of being left feel just as real.

From graduation from high school onward, this phenomenon can become more intense and more permanent. While some people live as adults in the place they grew up, not everyone does. Most people can think of people we were once close to who went in different directions at one of these critical junctures in life. Take a moment and think about some of these people and what it once meant to have them as a part of your life.

Possibly one of the most difficult situations occurs when people just leave, for no reason that makes any sense. Think about someone in your life who was once a close friend but is now just a distant memory. If you have ever reconnected with someone from your past, only to discover there is no longer any interest in a current relationship, either on your part or theirs, that can be a really eye-opening revelation.

As we move forward, it is good to realize that relationships are to be treasured and enjoyed for what they represent here and now. While some relationships do stand the test of time, many do not. When people leave, it is obviously a time of change and transition. The important thing to hold on to is what we are moving from and where we are going. 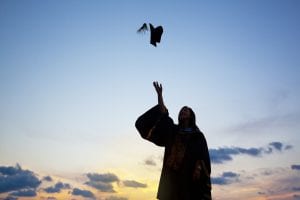 As we move forward, our goal should be to retain the best of all our past relationships and seek to use what we have learned to become the best person we can be. When people leave, it is hopefully like a parent who sees their child off to success as an adult, knowing they have made their prior relationship all they could and being confident the child leaving will find satisfaction and fulfillment in the next chapter of their life. When people leave, it should be bittersweet.